My parents are so thoughtful!  On some random blog entry I mentioned an interest in owning a donut pan and then my sweet, darling mother scans her catalogs for ideas.  Last week I got a call to stop by for a surprise.
So check out my new toy... 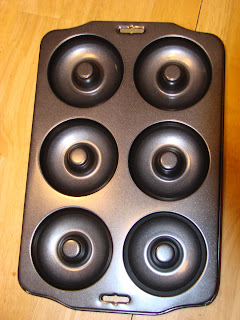 Of course, I had to try it out the next morning... 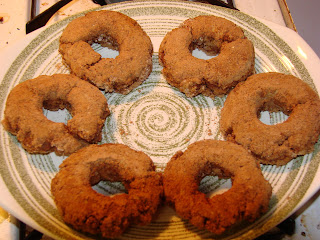 These were made by veganizing the recipe on the back of the packaging.  They weren't bad, but I will have to test some other recipes and tweak to my liking.  But these definitely cured a donut craving :)

So, just maybe you've heard of Averie over at Love Veggies and Yoga.  Well, she makes some pretty inspiring raw treats.  Recently we've been going crazy over Coconut Oil Chocolate.  This stuff is tasty!  We have been trying different variations: chocolate and walnuts, peanut butter chocolate, and chocolate with blueberries (I do not recommend using frozen).  Besides Agave, we have found that it is also delicious with Brown Rice Syrup or Barley Malt Syrup.

Below I have posted the ingredient amounts we used for the Peanut Butter Chocolate.  Check out the original recipe and see more pics on Averie's site.
Here are some images of our trials with chocolate and walnuts: 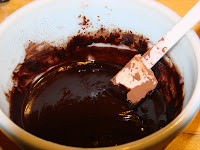 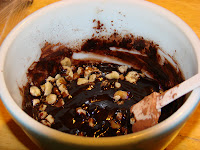 Heat oil and sweetener in microwave until coconut oil is melted.  Stir in Vanilla, then cocoa and lastly peanut butter.  Freeze until hard.  That's it! 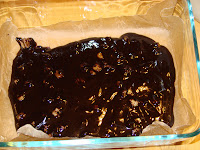 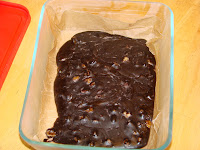 So what are you waiting for?  This stuff is quick, easy, and delicious!
Posted by Cassie - Vegan Fox at 1:13 PM 6 comments:

As many of you know, Krys of Two Vegan Boys is awesome, so is her blog and her food.  Lucky for me, I get to test recipes for her ;)  Along the way I will share pics and thoughts on my trials with you.  Not sure if I've mentioned, but I love trying out new recipes!  It's exciting and I learn so many things along the way.
Today I am sharing pics of Indian Curry (with tofu) and Blueberry Scones.  Both were quite tasty.  My current favorite, however, is the curry, which was nice and spicy.  We will definitely be making this again!  Also, check out the Two Vegan Boys blog for another pic of the Indian Curry. 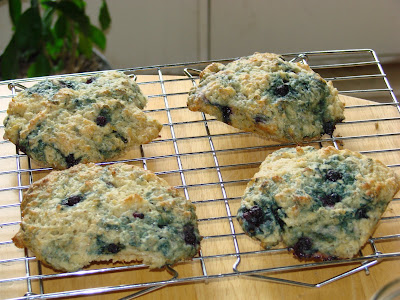 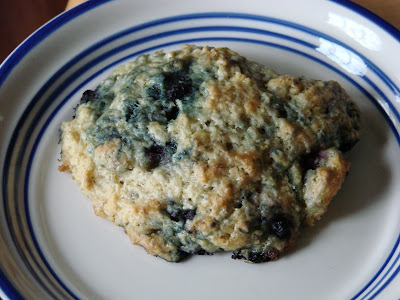 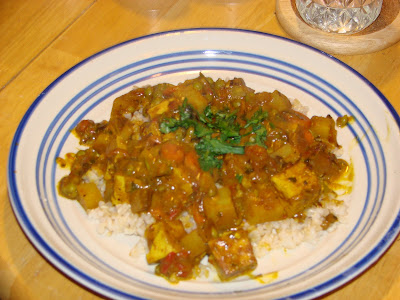 So, we have finally decided to buy a new blender.  It has been on our minds a lot lately out of much frustration with our current wimpy blender.  I have heard so many wonderful things about the Vitamix AND Blendtec that I am determined to buy one of these.  In casual conversation I discussed these woes with Adam's mom and the wonderful woman insisted that we get one right away as she slipped some money into Adam's hand.  She's so generous and I will gladly put it to good use!  But I haven't decided which one to go with.  My question to you is, do you have experience with either of these devices?  If so, what are your thoughts??

I would like to share with you what a wonderful weekend we had!  We visited Adam's mom this weekend.  It is so quiet there and a river runs right behind her house!  So each morning we took off before breakfast and took a nice walk by the river.  It was so beautiful and peaceful.  We are determined to have a little place in the country of our own someday. 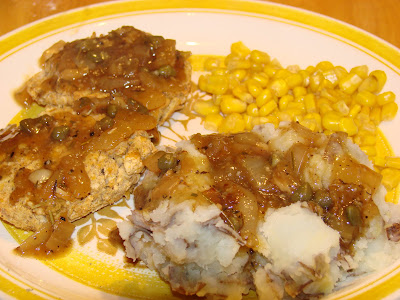 In the Hometown News

In Missouri there has been a lot of rallying against puppy mills these days.  Fellow Missourian Lisa, at Show Me Vegan, recently posted about the Puppy Mill Cruelty Prevention Act.  In the midst of it, some livestock owners have become concerned over how far regulations might go.
On March 25 an article titled Proposal: No government intrusion in livestock was published in the Springfield News-Leader.  The end of the article really struck me,

"Loehner, a Republican and farmer from Osage County in central Missouri, said there are methods in raising livestock that the general public doesn't understand.
For example, Loehner said, lambs are born with an eight-inch tail that is cut off after birth. If the tail is left on, it can affect the lamb's growth and development, making the animal less productive and profitable, Loehner said.
"It seems awfully cruel that you have to do that, but that's the only way it can survive" and farmers can make a profit, Loehner said."
________
I agree on one point, that there are a lot of methods that the public doesn't understand.  And I would go as far to say, a lot of methods that the public would rather not know about.  Ignorance is bliss, after all.
Posted by Cassie - Vegan Fox at 9:15 PM 1 comment:

In My Happy Mailbox

A couple of weeks ago something wonderful came in the mail.  3 new cookbooks to peruse! 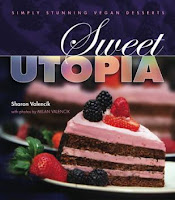 Familiar with the Book Publishing Company?  If not, you need to be!  They are an independent press located at The Farm, an intentional community in Summertown, TN.  They have a wide selection of vegan, raw and vegetarian titles in their collection.  BPC is "dedicated to publishing books that promote a healthful and sustainable lifestyle."  If you weren't already, I bet many of you are interested now ;)  Besides books their website features cooking videos, articles and more.  Check out this article, "America's Tragic Love Affair with Processed Meats."


Over the next couple of months I will be reviewing these books.  The kind folks at BPC have encouraged me to post a few recipes along the way.  So get ready for some exciting new recipes to try and a CONTEST!  I'm so excited because this will be my first one!  After I have reviewed all three books you will have the opportunity to win the book of your choice.  So stay tuned! 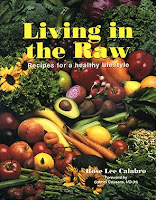