If you're planning a huge garden, a few pots or just hoping to poke around in the soil then seeds will come in handy.  For this round I thought it would be fun to do a seed exchange.  It's about time to get dirty and this is another inexpensive gift that can fit in a reasonably sized envelope :)  So are you in?

Game Rules:
* E-mail your mailing address to: aveganfox[at]gmail[dot]com by April 4.
* Let me know if you have any seed specifications for your garden, such as organic, heirloom, etc.
* Let me know if you are able to send seeds that might meet someone's specifications (see above).  This will help me to make appropriate matches.
* Swappers will be notified of their secret partner by April 8.
* Mail seeds by Friday, April 15 - this is very IMPORTANT to ensure that everyone receives their swap gift around the same time.  For this swap you are only required to send one packet of seeds, but may do more as you like.  If you have a hoard of seeds and want to divide some these to send, that's fine, too!  (On the other hand, if you are only interested in unopened packages be sure to let me know!)
* If you have any questions or thoughts, please comment below or send me an e-mail.  Feel free to include ideas for future swaps!
* And have FUN!

{Oh, and you may have noticed but there's a little swap fox in the right hand column.  He's your one click for all swap updates!}

Email ThisBlogThis!Share to TwitterShare to FacebookShare to Pinterest
Labels: swap

It's the ULTIMATE Vegan Blogs List, brought to you by Molly of Vegan Flower.  If you host a vegan blog be sure to let her know and spread the word to all of your fellow vegan bloggers because it's amazingly awesome ;)  (She's on facebook, too, often a handy way to spread the word)

The next swap is coming...so WATCH OUT!  For now I have some blog reading to catch up on, so it might be a day or two.  In the meantime, check out that awesome link above and discover a few new blogs!
Posted by Vegfox at 11:00 PM 6 comments:

Here they are at last!  The fabulous bookmarks from the last swap.  If you have any other photos for the swap that you would like included, send them my way!  For anyone interested I will post info. for the next swap later this weekend.  Enjoy the photos! 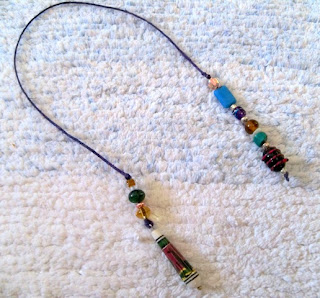 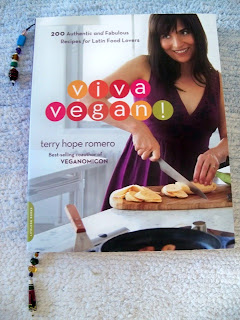 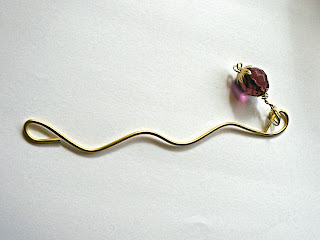 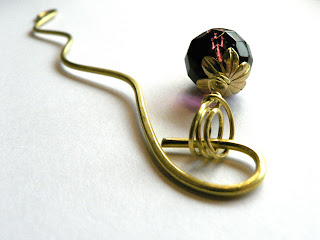 Affectioknit's bookmark for Roxanne (And a special thanks to Teresa for sending me a set of 3, too :)  They are awesome!): 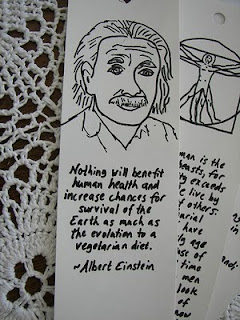 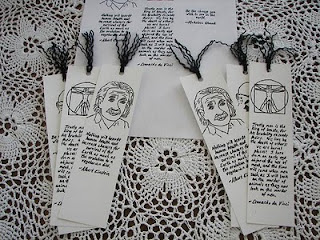 From Dirty Duck to Rose, with donations from the notorious Lilly ;): 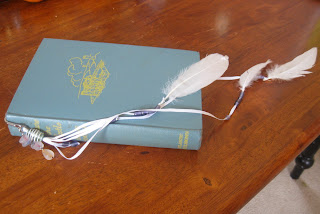 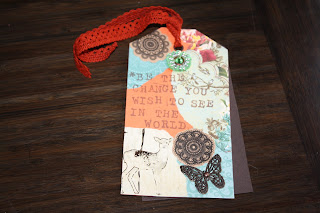 Rebecca's bookmark to me:

My bookmark to Rift:

AH!  Missouri what is the deal?!  I guess I'm on a news rant lately.  This morning, I had a little time before work and found this link on a friend's Facebook page that indicates lawmakers are considering a repeal of Prop. B.  The idea behind this proposition is to discourage puppy mills.

Basically it proposes "new rules for dog-breeders, including capping the number of dogs that were used for breeding purposes, requiring resting periods between breeding and establishing other requirements. The measure required that dog-breeders only be able to have 50 breeding dogs and required them to feed those animals daily and regularly." (cited)

Is that really so much to ask?!

Bookmarks are coming today or tomorrow!
Posted by Vegfox at 8:46 AM 5 comments:

BAH!  So, I was all set to post bookmarks today and then read about this NY Times article via Kristin Cashore's blog entry on goodreads.  You'll have to read them...but be prepared to be pissed off after you do.  You might also be interested in what others have to say: Mother Jones and Jezebel.

An eleven-year-old girl is gang-raped and the community is concerned about what will become of their dear boys (also known as, the rapists).
"The case has rocked this East Texas community to its core and left many residents in the working-class neighborhood where the attack took place with unanswered questions. Among them is, if the allegations are proved, how could their young men have been drawn into such an act?"

I was immediately enraged when I read Cashore's entry.  Then I stepped back to read the Times article thinking that maybe the reporter was just putting the story out there, as it was.  But I think the reporter screwed up big time because he chose the language and design of the article.

Here are some of my thoughts, as posted on goodreads:

The article mentions the "whereabouts of the victim and her mother were not made public." Perhaps the father is not in the picture and perhaps the mother was at work during all of this. And who knows? Maybe the mother never suspected these boys capable of such a thing. She could have seen them as adopted older brothers for her little girl. Sometimes it's so difficult to be an outsider looking in (After all, we only know how the reporter has described the situation). It amazes me how quickly people can judge others, as many seemed to judge this girl by her appearance. I don't know this eleven-year-old and what her interest was in the older boys. But only a fool would question who was at fault here.

I'm surprised that more in the community didn't comment on the videos going around and that these boys have some serious issues, the ones that the article implies many wish protect. It's hard to imagine what this women is looking for:
“It’s devastating, and it’s really tearing our community apart,” she said. “I really wish that this could end in a better light.”

Could it end any better than providing justice and safety for the girl? It also wouldn't hurt for the community to set aside prejudices and learn to support one another so that travesties like this would be less likely to occur in the future.


And if that's not enough to rattle you, here is another thing that disturbed me recently.  Heard of Monsanto?  A big scary corporation bent on destroying our environment by spreading GE seeds and polluting the air with Roundup.  And if you've seen Food Inc., you have an idea of how they are making life difficult for many farmers and others nationwide.  Well, thanks to Krys's Facebook page I received news in regards to this dangerously powerful company.  Monsanto is not regulated properly by our government, most likely because they fill many a man's pocket, and I fear for our country.  If you missed the link above, here it is: Organic Elite Surrenders to Monsanto: Whole Foods Market okays GMO coexistence.

The Bookmark post IS coming and if you would like any photos posted, e-mail me.  Soon I will announce the March Swap and much more...on a more happy note ;)
Posted by Vegfox at 10:42 AM 3 comments:

While greatly anticipating my very own vegan/animal-inspired bookmark, I was happy to receive some other gifts in the mail :) 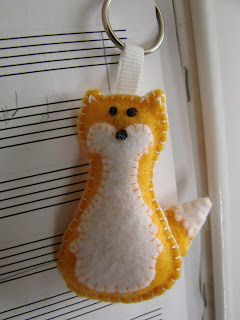 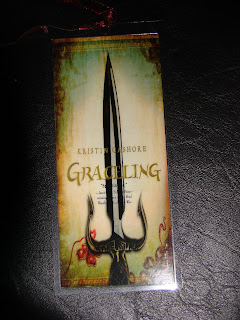 A bookmark from a swap on goodreads.  This was the one that inspired my Feb. swap ;) 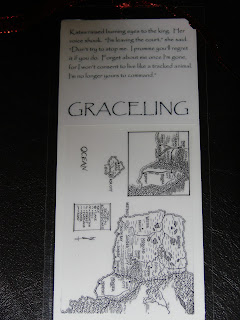 As many may have heard...crazy, spectacular bookmarks have been floating through the mail these days.  I will wait a week for a few more to receive their treasures before posting, but no need to despair!  If you're anxious to see some mailbox surprises, check out these blogs and their recent finds:
Affectioknit
Dandelion Vegan Blog
Vegan Flower

And friends, there is more swapping to come! Keep your eyes peeled for a little critter who will soon show up in the right sidebar.  In the future you will be able to click that link for info. about current swaps and view links to photos from past swaps.
Posted by Vegfox at 12:32 PM 5 comments: